I spent the month of June 2016 travelling around France on my motorbike supporting the Irish Football Team and meeting my dad in Paris, Bordeaux and Lyon to enjoy the games and the time together. Unfortunately a few weeks’ later things would change drastically.

My dad drove to Welsh Park to support the Waterford under 21’s in their successful Munster Final win on Wednesday July 27th and walked into the Waterford University Hospital Friday July 29th for tests having noticed his increased fatigue and deteriorating health. By the time I flew home from London to accompany him to his test results appointment on Monday August 2nd, I couldn’t get my head around the rate of deterioration. His energy was totally depleted and he had lost significant weight since I last saw him a few weeks prior. During that appointment Dad was diagnosed with having cancer of the bowel. A significant amount had also spread to his liver and he was admitted to hospital immediately. Three very short and horrendously tough weeks later after one bout of chemo, the Cancer had got the better of him and he died on Monday August 22nd 2016.

Milo was always an encouraging figure in my life and ensured I had everything I needed to succeed, and for that, I will always be grateful. He loved the simple things in life, spending time with his family, soaking up fresh air walking on local beaches, a good cup of tea (and cake), hurling and of course football.

A funny and inspiring story which I think sums up my dad perfectly occurred in 2011 when rehabbing from the Stroke he suffered. The physio had set out some steps for dad to attempt for the first time. He was advised to be extremely careful and patient as his cognitive skills, strength and balance were severely affected. Unbeknownst to the physio, a few days prior while on a weekend break from the hospital, dad had snuck off to the UK with his support frame in tow and had negotiated the steps of Wembley to cheer on Manchester United in the Champions League final. Nobody could deter him and nothing was going to stop him reaching that target he set himself.

Football was his life. Dad was a regular at his beloved Waterford United, joining the supporters club in his youth and later serving a variety of roles including club Chairman. He was also the club’s representative during the 1980’s and 1990’s. He was elected FAI President in 2001 having previously served as Vice President, proving to be a hugely popular figure in all circles of Irish football due to his unstinting loyalty to improving the game at every level. This was very evident given the masses of messages online from clubs and acquaintances around the country following his death.

He is considered to be the main driving force behind the creation of the Setanta Sports Cup, a cross-border competition between the best clubs on the island and served as the tournament’s Chairman from its inception in 2005. He was also instrumental in establishing the Football Village of Hope with the Department of Foreign Affairs through the Irish Aid programme, assisting Palestinian and Israeli children unite through football. The FAI’s John Delaney has paid tribute, saying dad “made an immeasurable contribution to the game and he is someone whose loss will be felt deeply in the world of football.”

Although not a full life in terms of years, dad certainly achieved more than most, raising a close-knit and loving family, having a fulfilling and successful work life and travelling the world to watch the sport he loved. 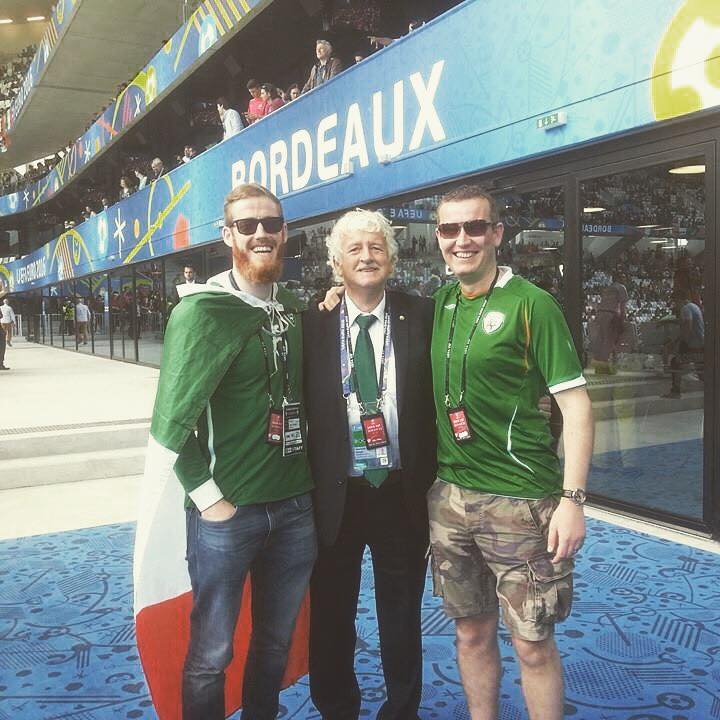